In my last post I mentioned clabbered milk as an ingredient in my milk paint recipe.  Clabber is clotted milk.  It is not sour milk in the sense that pasteurized milk goes sour.  Clabber can only be made from raw, micro biologically alive milk.  The milk comes from the mammal with certain qualities and its own beneficial bacteria.  When the animal is milked in a clean way, the milk can be put aside on the counter with a lid on and the milk will separate and thicken.  Eventually the milk solids fall to the bottom. 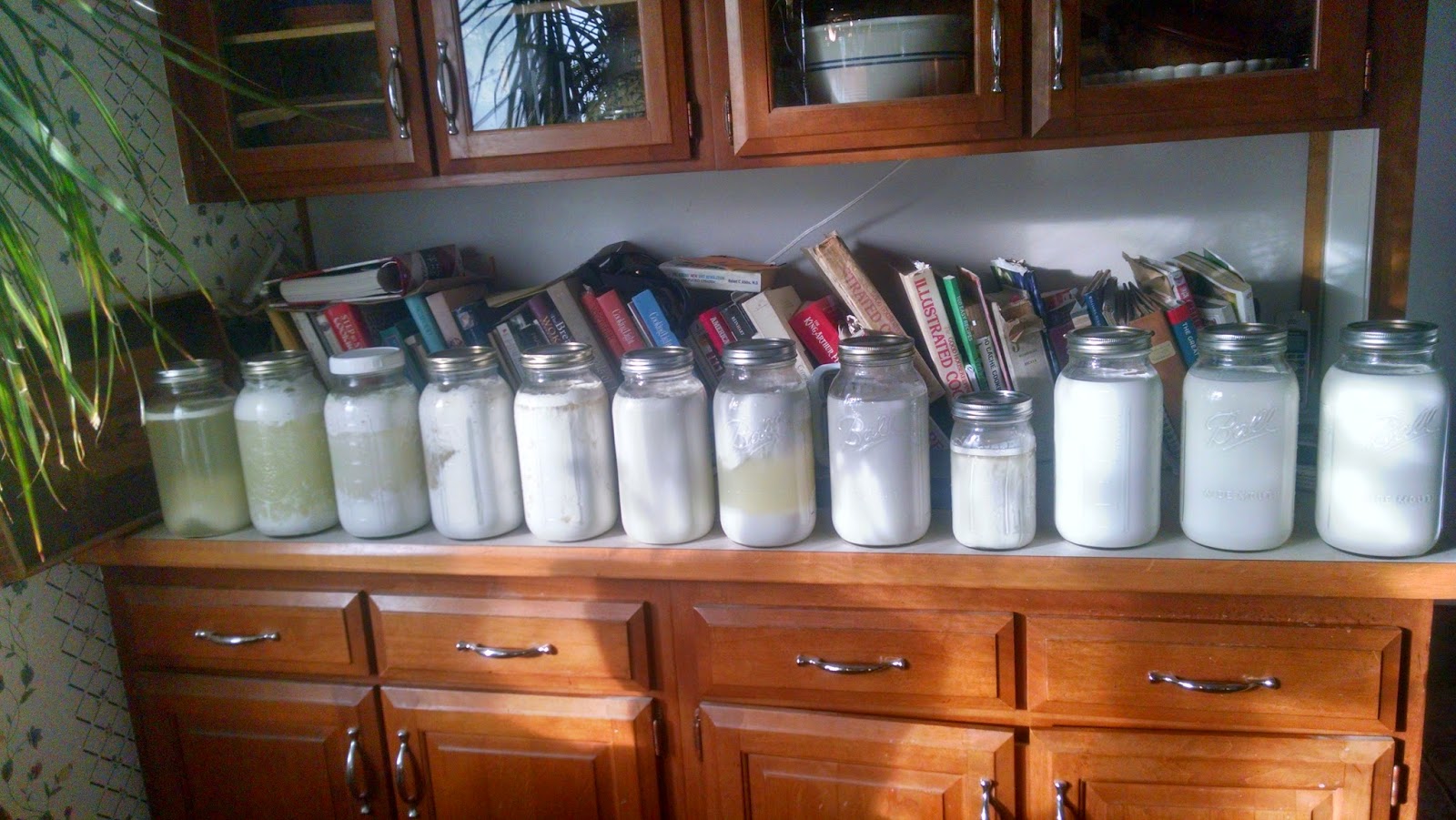 Clabber can be used in the home kitchen in many ways.  It is was historically a leavening agent when used in baking.   It can use it in the place of yogurt or sour cream or use it as a soft ripened cheese - all depending on how well drained the casein is.   Cleanliness is of the utmost importance if making clabber if it is to be eaten raw.  In my milk paint I strive for that level of cleanliness. However,  any jar of milk that has caught a stray bacteria will begin to make itself known after a week on the counter.

After a week I take the ball that has dropped out of the whey, drain off the whey, gently rinse the solids, and let it drip dry a bit.  This bit of milk solid is then mixed with a paste of lime and a bit of water and set aside for half a day.  The action of the lime will cause the combination to become liquid.  At this point I mix it with a stick blender and stir in pigment.

I set aside a 1/2 gallon jar from each day's milking and allow it to ripen.  The jar on the far left is ready for use today.
at 9:24 AM 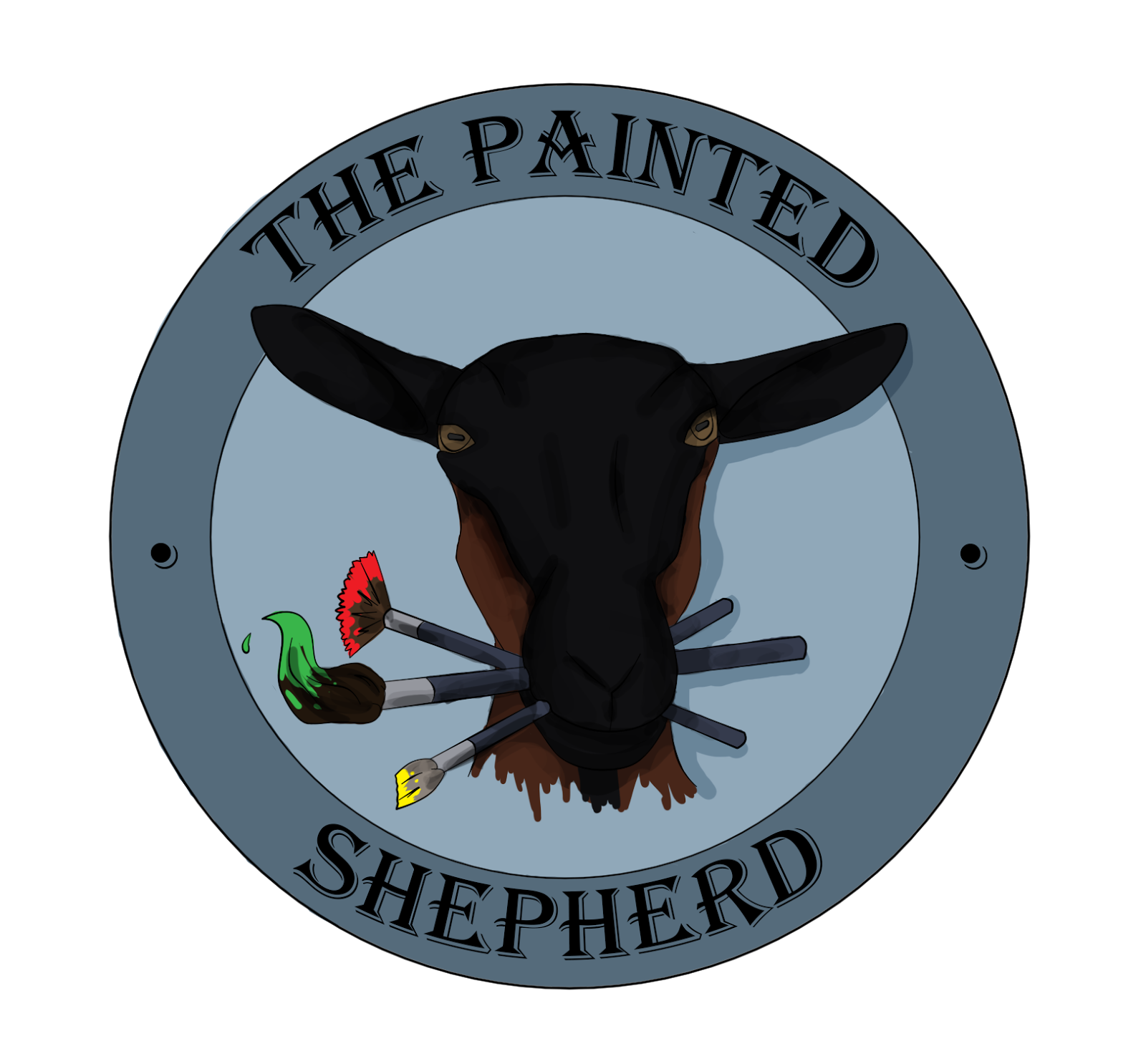